On the invitation of the Federal Minister for Family Affairs, Senior Citizens, Women and Youth, Lisa Paus, G7 Gender Equality Ministers gathered in Berlin from 13 to 14 October 2022 to discuss current issues and challenges in the area of gender equality policy. At the same time, the Women7 network took the opportunity to  meet for a joint Strategy and Evaluation session and to invite G7 Gender Equality Ministers to the colorful outreach event “We are here, we are loud” hosted at Berlin’s oldest LGBTQI* club, SchwuZ.

Structures and mechanisms of the G7 Gender Equality Policy, the equitable distribution of care work and equal pay, the promotion of female founders and self-employed women and the advocacy for the rights of LGBTIQ* person were the four main focus topics of the G7 Gender Equality Ministers meeting on October 14. The night before, a Women7 delegation represented by Dr. Beate von Miquel, President of the National Council of German Women’s Organizations, Atsuko Miwa, Director of the Asia-Pacific Human Rights Information Centre in Osaka, Modi Mbaraza, Executive Director of the Young Women Christian Association (YWCA) of South Sudan and Prof. Dr. Pam Rajput, Vice Chair of the National Alliance of Women (NAWO) in India had already joined an official Gala Dinner launching the two-day meeting.

The next day, the first official minister’s session focussed on the hypothesis “Successful gender equality policies require a strong “gender equality machinery” and listened to the recommendations by Women7 – represented by Dr. Beate von Miquel – and the G7 Gender Equality Advisory Council (GEAC) – represented by Prof. Dr. Jutta Allmendinger. Only a few days earlier, von Miquel had called on the G7 ministers to reaffirm their solidarity with the protesting women and LGTBQI* people in Iran, Afghanistan and other places in the world and to underline this commitment with concrete action. Read the whole press release here. 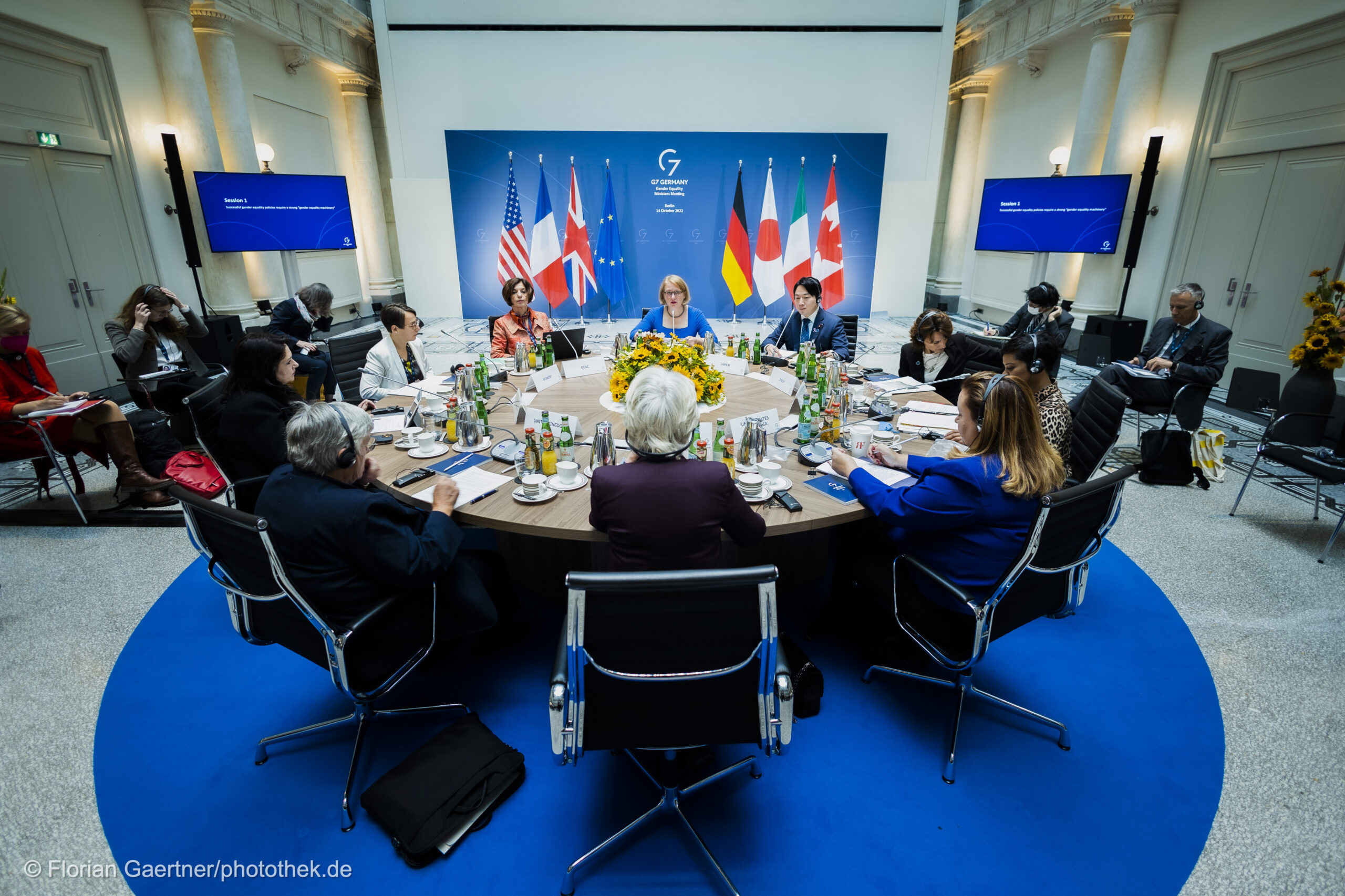 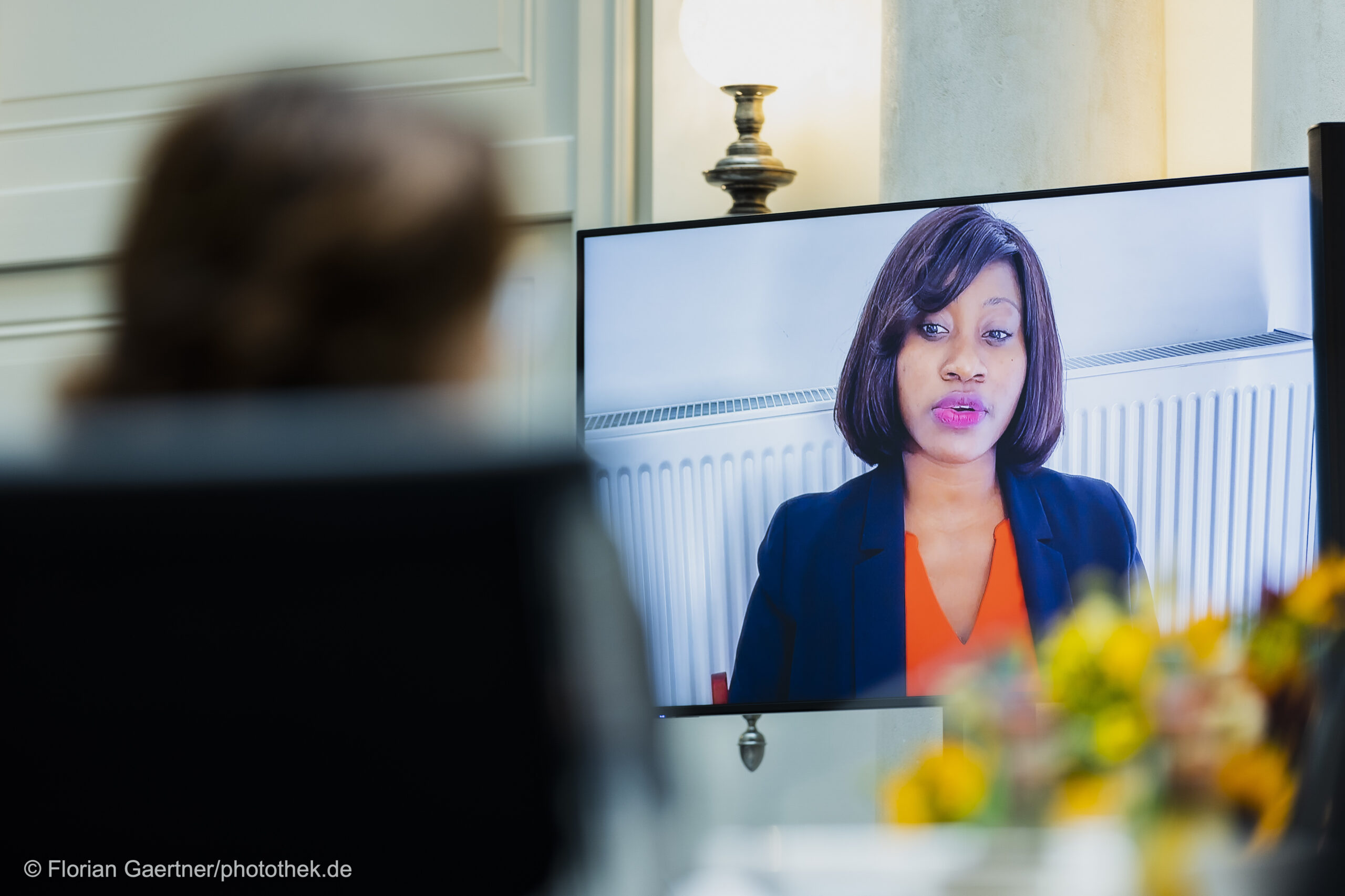 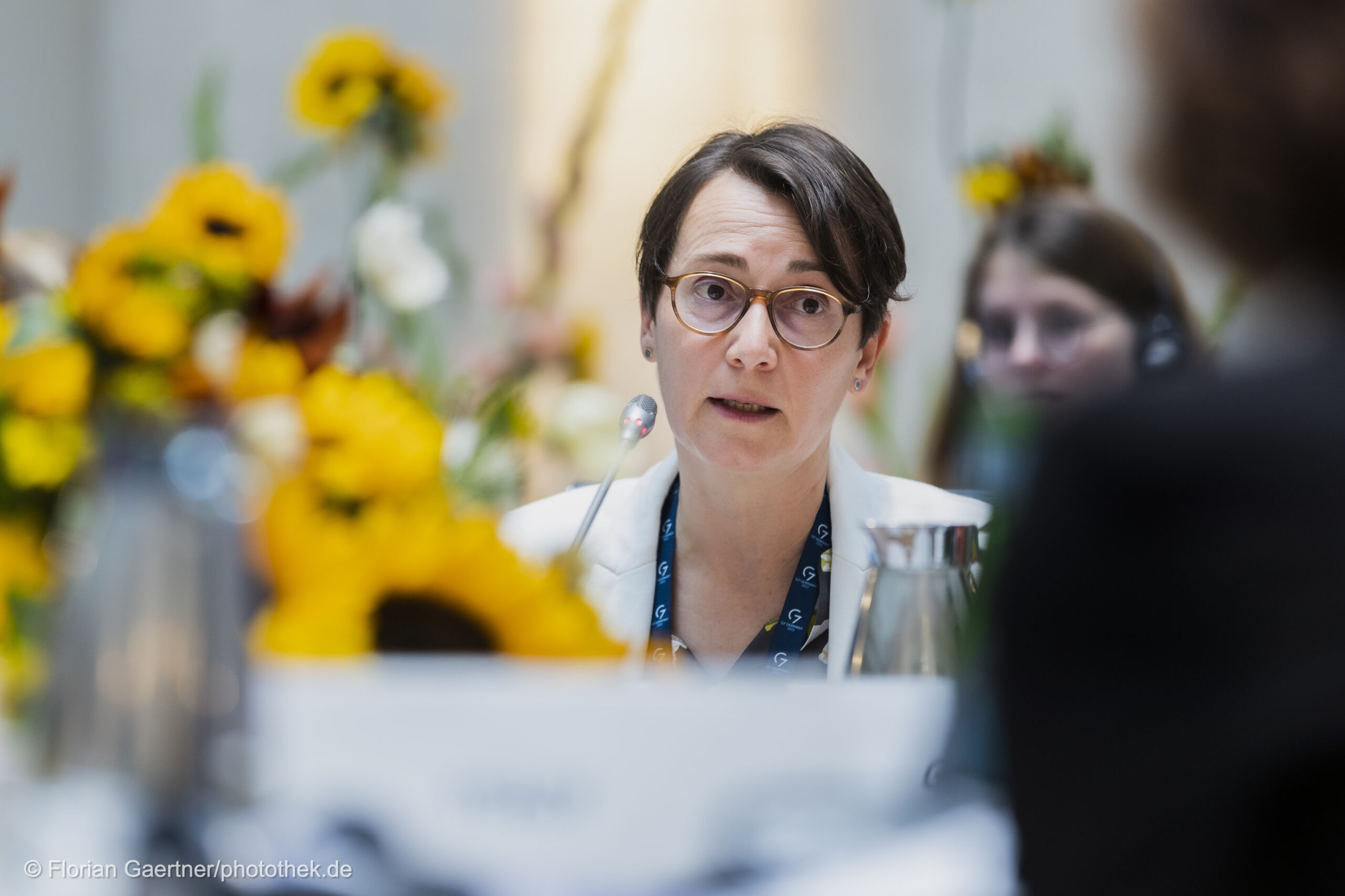 Following the official working sessions of the meeting, representatives of the German and the Japanese Women7 Team met with the Japanese G7 delegation headed by Minister of State Masanobu Ogura for a bilateral exchange. In the run-up to Japan’s 2023 G7 presidency, the W7 delegation stressed the importance of continuity and sustainability of dialogue spaces under changing presidencies. The delegation also pointed out that civil society engagement groups must be provided with sufficient financial resources to become critical partners in negotiations. 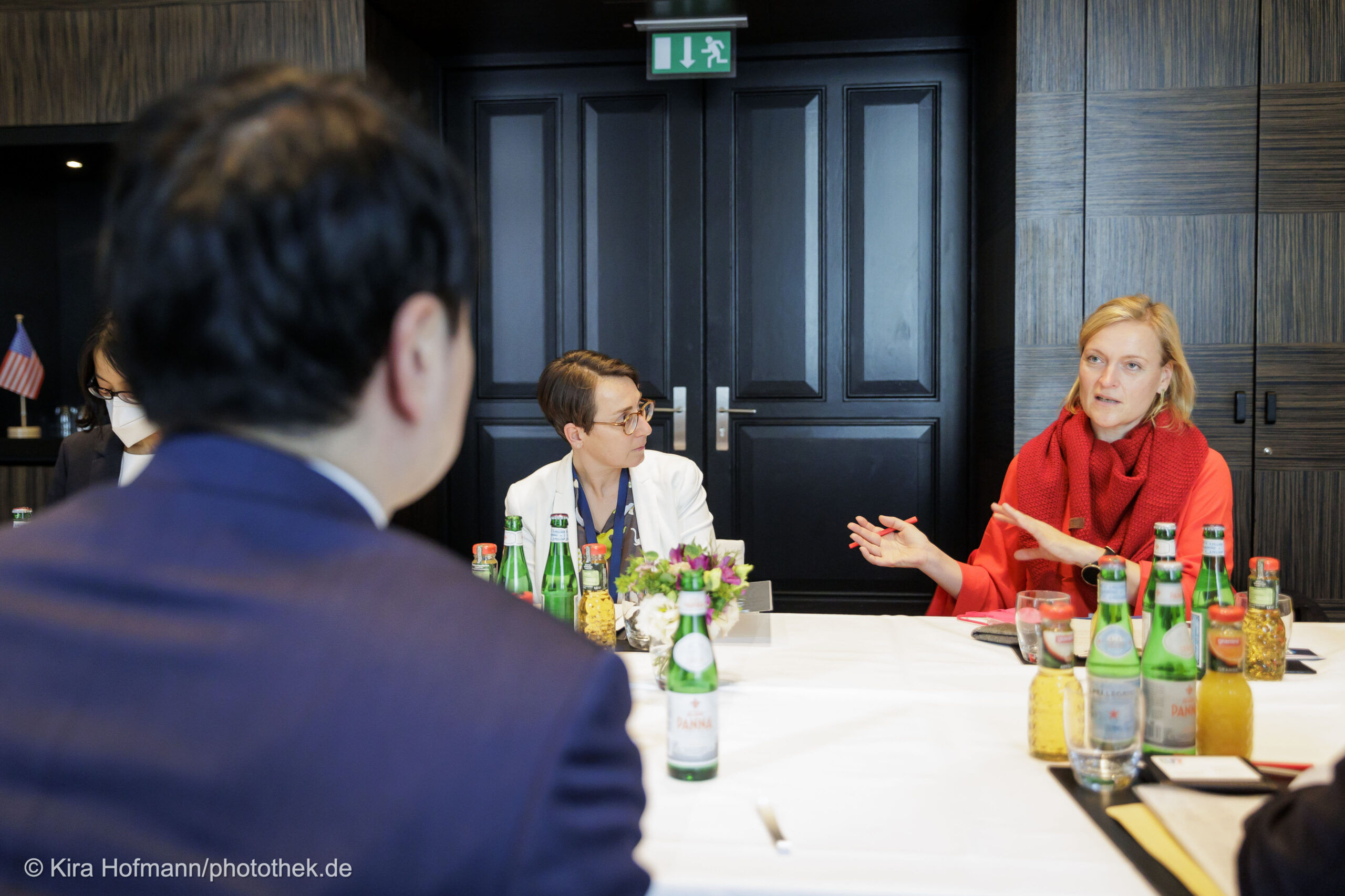 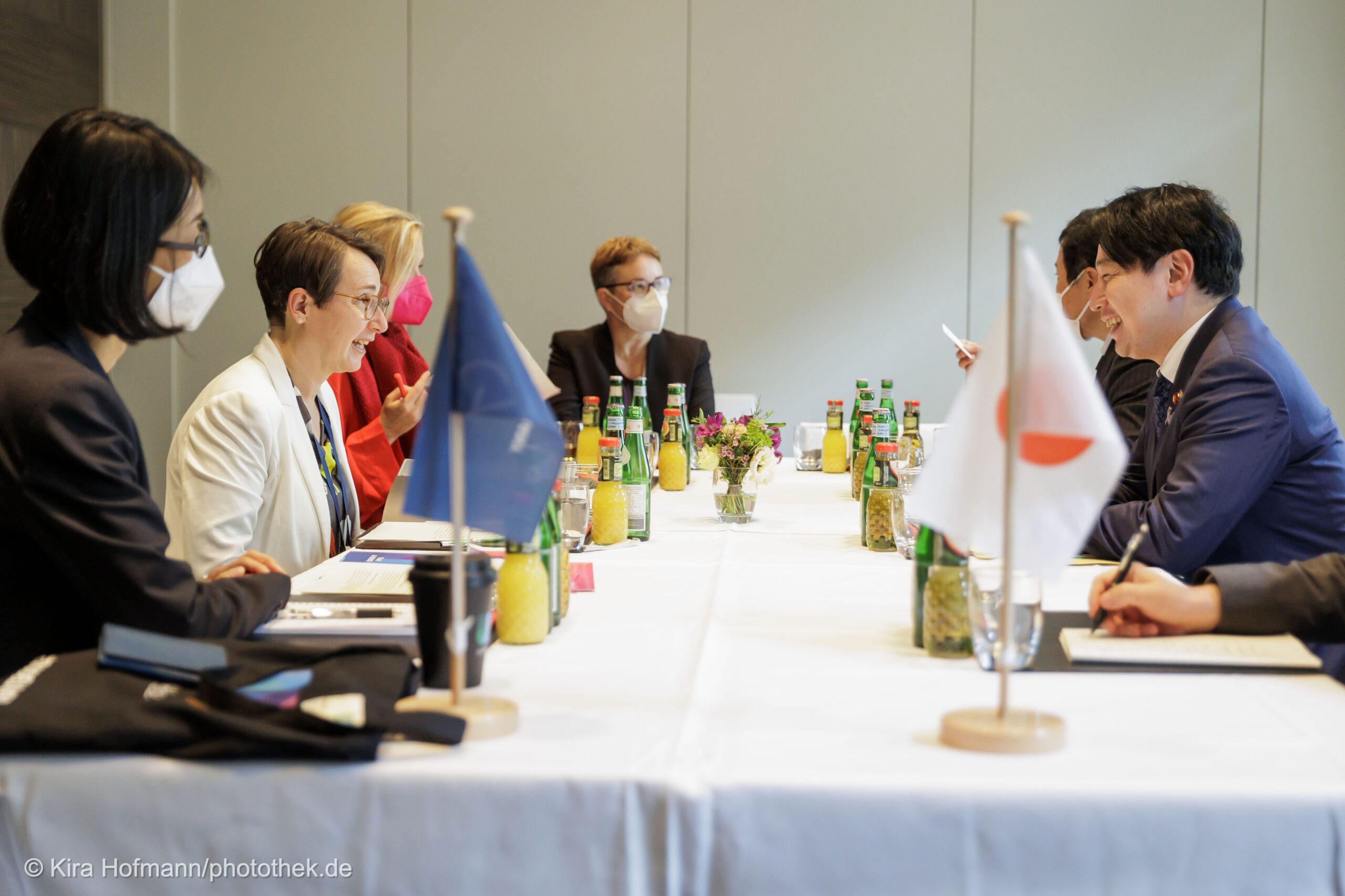 Finally, the G7 Gender Equality Ministers closed the working meetings with a joint statement where they agreed to make continued and targeted efforts to achieve equal opportunities for a gender-just future. In addition, they appealed to the Iranian government to put an end to persecution and violence, particularly against women and girls.

During the official press conference, German Federal Minister Lisa Paus stressed the important role of Women7 and the GEAC as critical partners in gender equality policy-making. “Time to deliver” she stated during her press statement repeating the W7 campaign hashtag of 2022.  Also, Paus emphasized that she was particularly pleased that the G7 had finally agreed to a yearly monitoring concerning aspects of gender equality during the G7 Summit. In Elmau, the G7 states committed to monitoring the progress of gender equality in the G7 and the European Union (EU) for the first time, and had created a dashboard dedicated to gender-specific differences (G7 Dashboard on Gender Gaps) for this purpose. 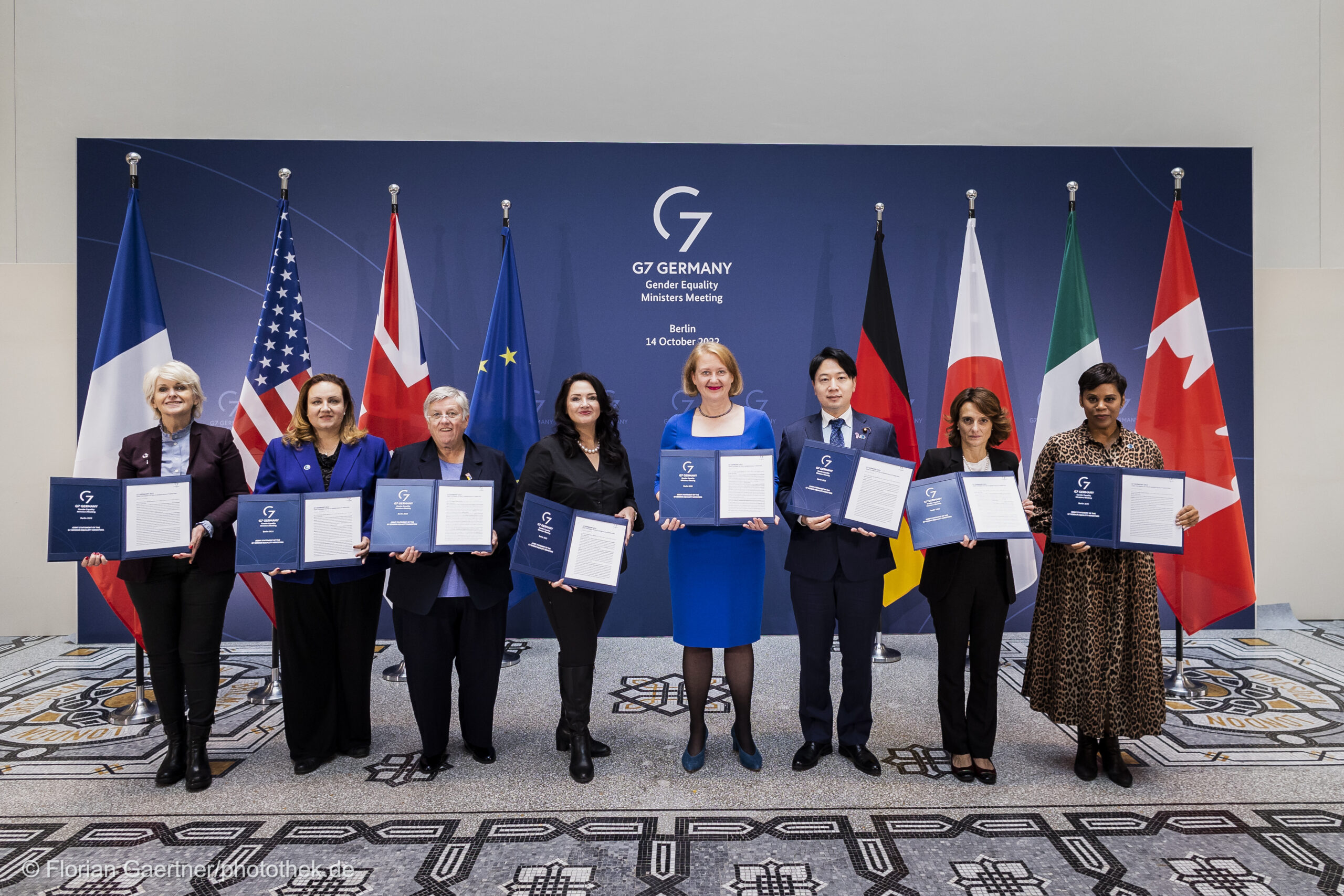 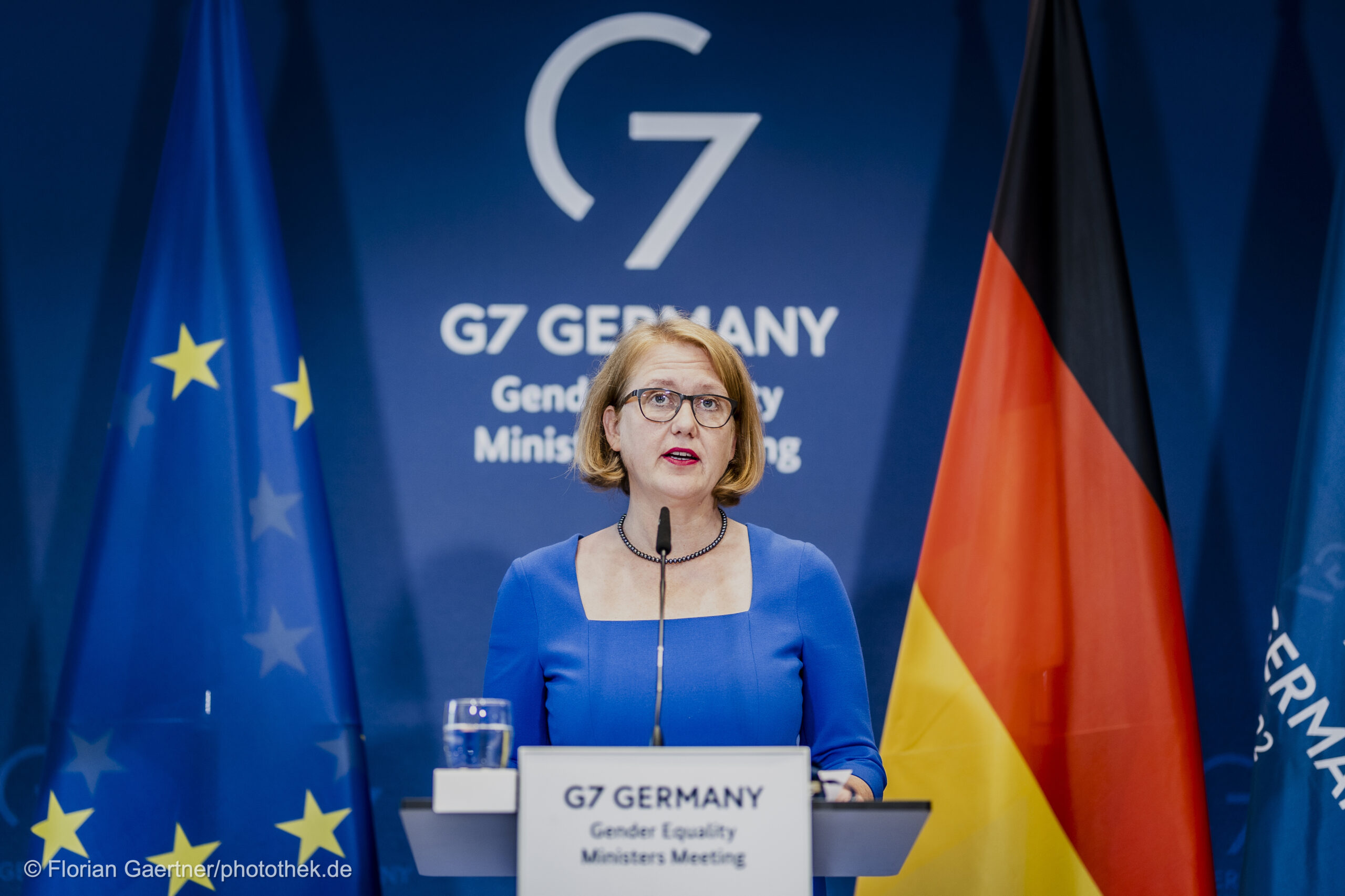 Women7 welcomed the commitment of the G7 gender equality ministers to continue working closely with feminist civil society. At the same time, the meeting clearly showed that the issue of gender equality needs a more prominent place on the official G7 agenda. A G7 ministerial meeting on gender equality in the spring might have ensured that the topic was included as a cross-cutting issue on the G7 agenda instead of being discussed in the last quarter of the German G7 presidency. Also, the results of the prominent panel at the W7 event “We are here, we are loud! United against the backlash” showed that it is not enough to recognize feminist civil society as a partner, but that sufficient funding of feminist movements is needed to ward off the backlash.